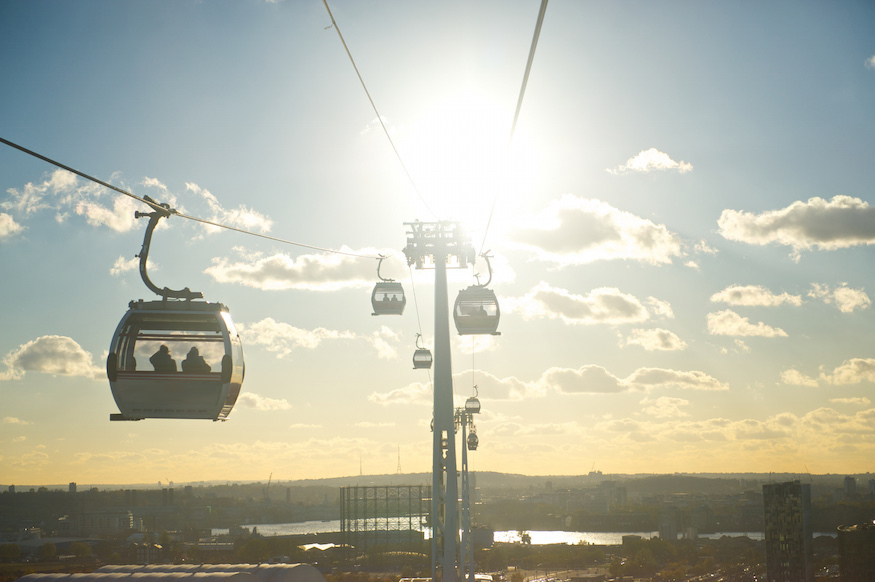 London’s Cable Car Has Got A New Name

Technology company IFS (nope, us neither) takes over sponsorship from then, with the aerial transport route officially renamed as the IFS Cloud Cable Car — though we’re not sure we see that catching on.

The terminals on either side of the river will be rebranded too. Prepare to take off from the IFS Cloud Greenwich Peninsula and come back down to earth at the IFS Cloud Royal Docks (or vice versa, if you’re that way inclined), and to see that branding on the next edition of the tube map, too. The sponsorship will run for a minimum of two years.

Previously known officially as the Emirates Air Line, the “dangleway” (as some Londoners nickname it) has been simply ‘the London Cable Car’ since that decade-long sponsorship deal ended in June 2022. TfL’s struggle to find a new sponsor has been widely documented, though it’s thought that closing the service completely was never an option, even with TfL’s current funding issues.

Often mocked for its lack of passengers and odd location, things have looked up for the cable car recently, for a trio of reasons. Its popularity on social media, with TikTokers and Instagrammers featuring it on their channels, has seen new passengers riding it. It was also hoped City Hall’s relocation to a building next to the Royal Docks end of the cable cars might boost regular commuter numbers. And, that Royal Docks terminal is a few minutes’ walks from Custom House station, which is a stop on the new Elizabeth line.

Both terminals are in a state of flux at the moment, with some of the previous sponsor’s branding removed, and nothing yet replacing it. We’re told rebranding will be completed by the time the new sponsorship comes into force next month. Whether it’ll catch on in the parlance and minds of Londoners remains to be seen.